By 1917, the first World War was well underway. And while the Allies and Central Powers battled for inches down below, a new form of warfare was raging high above. The emergence of the British Sopwith Triplanes put the Central Powers on the back foot, prompting them to create a triplane of their own. After several prototypes, the Fokker Dr.I was born. And with it, the battle record of one of the greatest ace pilots to ever fly was sealed. Read on now to see what made this German fighter plane so special, and why Manfred Albrecht Freiherr von Richthofen aka the Red Baron was such a formidable ace! 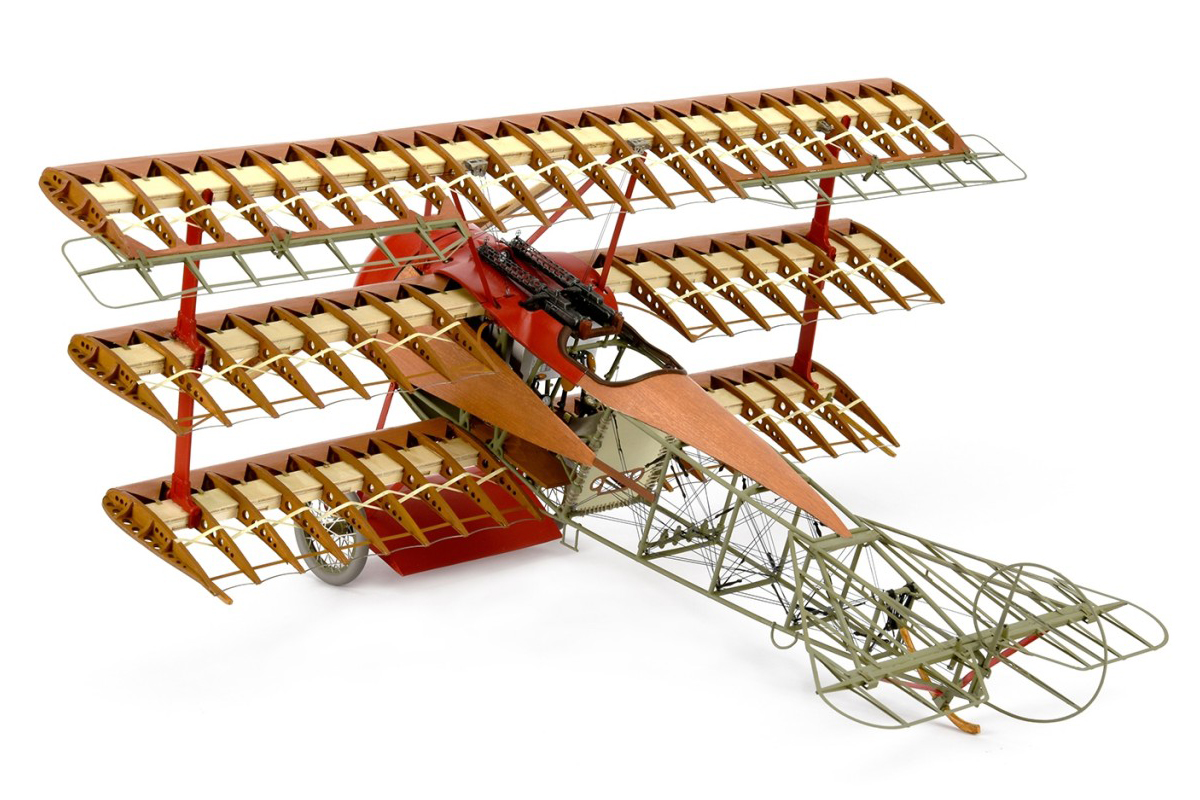 With the Sopwith Triplanes proving superior to the Luftstreitkräfte’s Albatross fighters, serious changes were required to be competitive. On April 17, Dutch aviator and aircraft designer Anthony Fokker was able to study a captured Sopwith Triplane. From his observations, he instructed German designer Reinhold Platz to manufacture a triplane of their own, but withheld any specifics about the Sopwith. Platz first developed the rotary-powered V.4 triplane, which included cantilever wings and a steel tube fuselage. Unfortunately the V.4 failed early testing, so a revised V.5 prototype was developed. With longer wings, interplane struts, and horn-balanced elevators and ailerons, the V.5 was more stable and 20 were ordered.

Designated F.I, the first Fokker triplanes had a convex curve on their tailplane’s leading edge which set them apart from other aircraft. The F.I was flown by Richthofen on 1 September 1917, and he was successful in shooting down two enemy planes in two days. Confirming that the F.I was superior to the British Sopwiths, the Red Baron advised that all fighter squadrons be equipped with this new aircraft immediately. However, the F.I’s combat evaluations were ended promptly following the deaths of ace pilots Oberleutnant Kurt Wolff and Leutnant Werner Voss.

All remaining pre-production planes were designated as Dr.I, with 100 of the triplanes ordered in September and a further 200 ordered in November 1917. Though incredibly similar to the F.I, the Fokker Dr.I had a straight tailplane leading edge as well as distinct wingtip skids to aid landing and reduce ground looping. The Dr.I’s excellent climbing and manoeuvrability made it a favourite with German pilots, however its speed deficiencies and wing failures resulted in its eventual cease of production.

Rise and fall of the Red Baron

At the beginning of WWI, Manfred Albrecht Freiherr von Richthofen was a cavalry reconnaissance officer serving on the Eastern and Western Fronts. However, trench warfare made it incredibly difficult for cavalry to operate, so he and his regiment were shifted to operate as field telephone operators and dispatch runners. Frustrated by a lack of combat action, Richthofen has been famously reported as writing, “I have not gone to war in order to collect cheese and eggs, but for another purpose” in his application for transfer to the Imperial German Army Air Service. His request was granted, and on May 15 1917 he began his rise to become the First World War’s ace of aces. 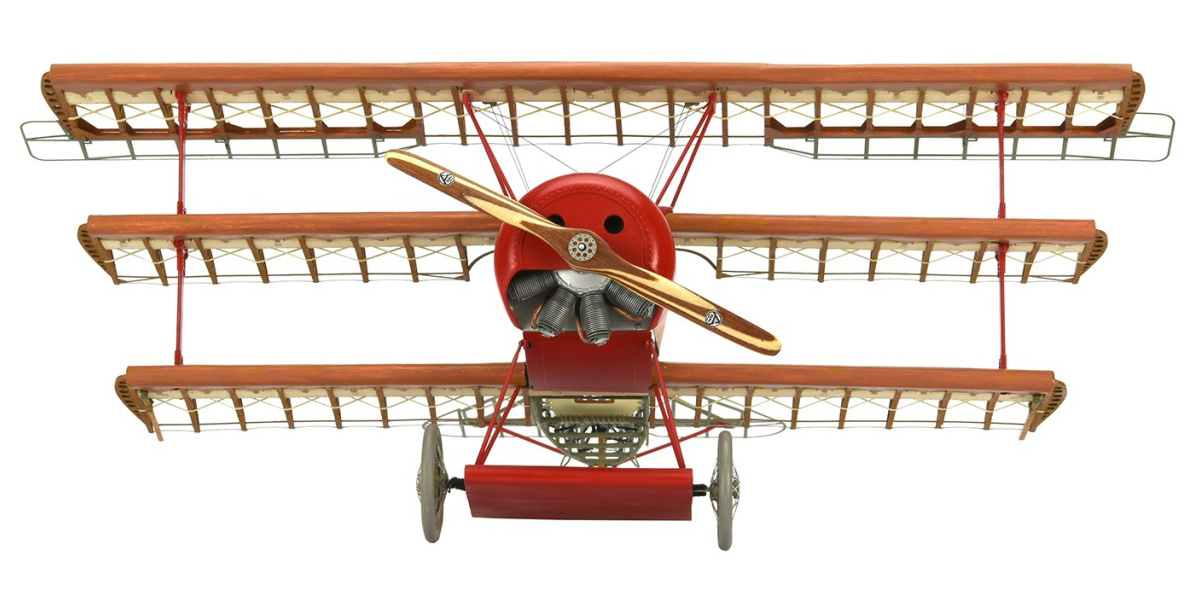 After distinguishing himself as an elite fighter pilot, Richthofen was promoted to leader of Jasta 11. Officially credited with 80 air combat victories, he was a German national hero and was widely respected by his enemies who dubbed him the “Red Baron”. His final 21 combat victories were recorded while flying the Fokker Dr.I, and it was in this favoured triplane that he was eventually killed near Vaux-sur-Somme on 21 April 1918.

Though it was flown by many other pilots during its combat life, the Fokker Dr.I has long been associated with one of the greatest ace pilots of all time, the Red Baron. Capture your own piece of WWI history with our highly-detailed 1:16 scale Fokker Dr.I replica, a must-build for all aircraft enthusiasts!